April 21, 2006
Last night I didn't leave the Zette Office til past 3am. Zettes need folding and stuff. Wow it's like being in Press Gang, 'cept less of the early nineties-ness. 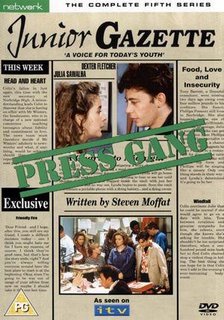 Business Meeting
Got up about 9 and went in late to the first business meeting. I got there in time for the controversial bit. They wanted to change the minimum amount to pay someone for covering a one off service from £32 for lay people and £35 for ministers to £40 for everyone. Nearly all of the ministers complained about this, saying that it this was like saying that any lay person was as qualified as a minister to take a service, which wasn't taking into account all the training that ministers do.

This wasn't about money. I could understand where ministers were coming from. We should appreciate ministers and all the work they do, and we often don't. But at the same time I couldn't help think of the Parable of the Workers in the Vinyard (Matthew 20:1 - 16). If it's fair to pay a minister £40, then that's fair. Does it take away if £40 is also paid to lay preachers? In the end, we're talking about a few pounds in any case.

We spoke about the trip to Opus 2005 and our creation of BUYAN.

Worship service based on the Green Man. It was OK, and I really liked the guided meditation that Tony McNeile did. I just wished we could have been outside, with the grass under our feet and between our fingers and the sun in our eyes and the cool air in our lungs. Isn't that the point of Earth-centred spirituality? 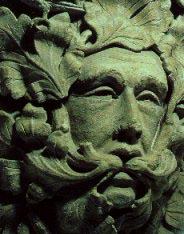 In some ways this was not that impressive, as it was just a couple of guys talking without enough time to get into anything in depth. But at the same time I was really impressed in some ways. The UCA has completely changed its constitution and they made the point again and again that they are not a political group engaged in making the community 'more Christian' but a place that can be a resource for Unitarians who want to explore the Christian tradition. Andrew Brown, who is increasingly going to be an important theologian in this community, talked about the need to develop strong liberal Christian theology. I must have a chat with him.

I actually meant to go to a worship but walked into the wrong room and ended up going to this. But it was pretty good. They had a speaker from Womankind Worldwide.

No inclusion for bisexuals or trans folk yet. They talked about Civil Partnerships, with one couple that done it. I made the point that we should be agitating for full same-sex marriage and seemed to get a consensus so that might become a motion next year. Yay!

Not that interesting, but important. That's money for you. It's a good fund, and if I do academic work in the future I might try get some money from them. We did use cool voting technology with hand-held devices. Like 'Who Wants To Be A Millionaire'!! Cool!

And now for something completely different. Us young 'uns teaching this community how different worship can be. Tree praying and spiral dancing. Pictures came out really well! 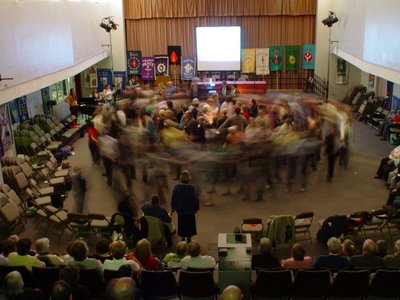 Why do you think they had to keep making this point?
12:11 am

Anonymous said…
I attended that session as well. To my mind, they sounded very defensive...might one even say paranoid? One must ask why?
10:27 am

Anonymous said…
villification by the bastions of tolerance and freedom
6:28 pm