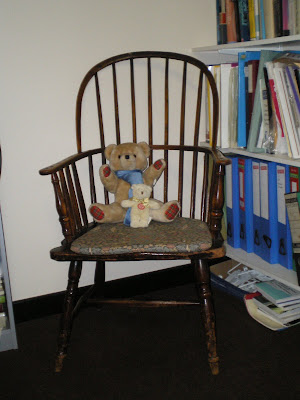 After the Sudan teddy bear storm last week, it's possible another controversy might erupt in the Unitarian world. A long term student at Unitarian College Manchester is a teddy bear called Theophilus, named after one of the founders of British Unitarianism, Theophilus Lindsey. I hope this doesn't upset reactionary Unitarians. Look out for the protests.

The smaller bear is called Barth and sings 'Jesus loves me, this I know, cos the Bible tells me so.'